Death on the Islet Lake Bridge:

During World War I, it was common for trains carrying troops to pass through the Kearney area on their way to Ottawa. As the trains passed through, the bridges were watched, by either railroad crews or, if within a provincial park, by a park ranger. The railroad crews were divided up into section gangs and on the fateful night, it was the Blue Lake gang’s watch. On the bridge near Islet Lake, seventeen-year-old Joseph Kehoe would be taking the night shift.

Joey Kehoe had been working for the railroad for two years and was the nephew of the supervisor. Working the night watch would mean extra pay, and as the sole supported of his mother and siblings, Joey was more than eager. Although no trouble was expected, bridge guards carried sidearms. Joey, like the others stationed along the line, settled in for another quiet night.

The next morning, the shift over, the crew arrived at the bridge to pick Joey up. He was dead. Joey had, in the discreet vernacular of the day, been “killed by the train”.

Had he been murdered, a victim of those he had been assigned to guard the bridge against? But the troop transport had passed without incident during the night and the bridge was undamaged. Other speculated that poor Joey had fallen asleep, but the section of the track before the bridge was on a steep grade and any approaching train would have been heard from more than a mile away. There seemed to be no doubt as to what killed Joey; but why?

A coroner’s jury was struck, but only one of the seven men, Tom McCormack, voted for an inquest. The other six voted him down. Without inquest for investigation, seventeen-year-old Joseph Kehoe’s death was ruled an accident and the case closed. The boy was laid to rest and except for the recollections of Ralph Bice who wrote, “The boy gave up his life for his country the same as the soldiers that were overseas,”, his story faded from the public mind.

Here there be Monsters:

The year is 1942; World War II is raging in Europe and the Pacific, Stephen Hawking, and Mohammed Ali were born, Bing Crosby introduces the world to White Christmas, while the motion picture Mrs. Miniver sweeps the Oscars. And in Beaver Lake, a monster lurks.

At first, it was just rumours that circulated among the locals; tall tales, easily dismissed as the product of over-active imaginations or out-and-out hokum to spice up the otherwise mundane day.

But the story, whether true or not, had legs and soon reporters were arriving from Toronto in search of the Beaver Lake Monster.

Ralph Bice, the mayor at the time and the one who had very likely given the story those legs, was away when the reporters showed up. The town clerk, however, was more than happy to shoo the reporters off, assuring them that the stories were nothing more than a rumour. The reporters however, having travelled this far, would not be dissuaded and awaited the mayor’s return. Mayor Ralph Bice, hunter, trapper, chronicler, would not disappoint. Ralph not only assured the reporter that those who had reported the monster’s activities were of good character and completely reliable (they included, among others, Ralph’s son Fred and Paul Rice, a reporter for the Huntsville Forester), but that he, the mayor, would personally investigate.

So Ralph, ever the frontiersman (and not having a motor boat), paddled his canoe up the Magnetawan River to Beaver Lake (officially renamed later as Bethune Lake, but still Beaver Lake to the locals).

Ralph’s first stop was the Reeds family farm where he spoke to Mrs. Reeds who claimed that she and her children had seen the monster on several occasions. The children confirmed their mother’s story without hesitation. Mrs. Reeds, to Ralph’s surprise, quite lucidly speculated that what she had seen had been an alligator.

Ralph next interviewed a man who often cut cord wood in the east side of the lake. The man would work all day, and then return home by raft to the other side of the lake. Early one morning, as the man was crossing the lake, he realized that something in the water was following him; something big and it was coming fast. The man, horrified by what he saw, made for the eastern shore with the creature in pursuit. Landing the raft, the man ran for the woods and the creature did not follow. At the end of the day, rather than risk the lake, the man walked all the way around, crossing at Kearney. He never did recover his raft.

Ralph talked with another man who had been fishing with a friend in Beaver Lake near the mouth of Magnetawan River. They had just dropped off their lines in the water when the creature surfaced near their boat. The men rowed away as fast as they could and the creature disappeared back into the lake.

Another angler, this time in Lover’s Bay, which lies about halfway along the Magnetawan between Beaver Lake and Kearney, had a similar encounter. As with the previous angler, he lit out of there as soon as the creature appeared, but returned later with a rifle in the hope of killing the thing. The creature did not reappear and the man returned home disappointed.

Apparently, one family that lived on the lake had considerable trouble with the monster and their encounters were frequent as they tried to trap or kill it. There were not the usual random sightings but a sober account of ongoing incidents with the family alternately being tormented and themselves tormenting the beast. The man of the house told Ralph of how bullets from his .22 rifle would bounce off the creature’s skin and that it would snap their lines when they tried to hook it. Just rumours, indeed!

The sightings and encounters continued for the next two or three years, then suddenly stopped. Whatever had been stalking Beaver Lake has moved on.

The creature’s shape and size were never verified, and there are no known photographs or evidence of its existence, but most accounts seem to indicate that it was an alligator that had terrorized the lake from 1942 to 1945. Nevertheless, how an alligator came to live in Beaver Lake and survive at least two harsh Canadian winters is very much a mystery in of itself. If it was an alligator … 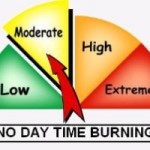 Fireworks are Prohibited in accordance with By-law 2018-24