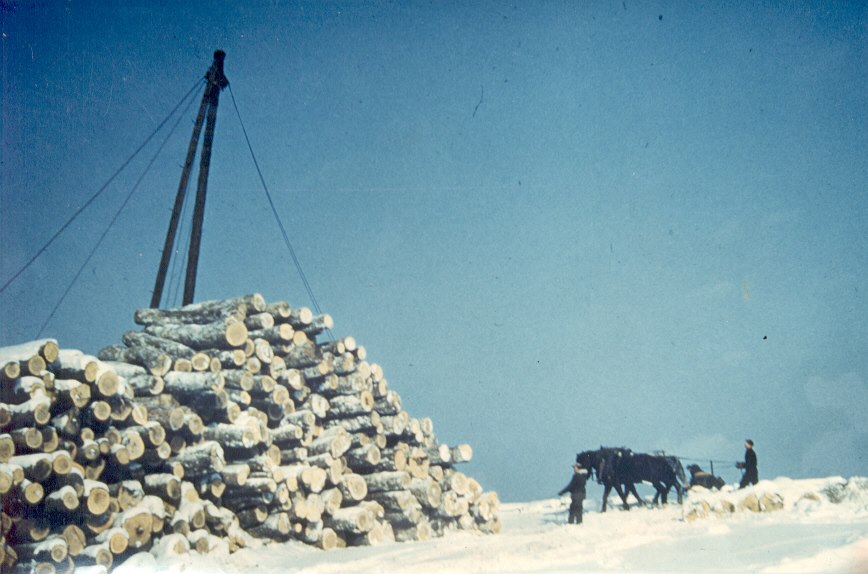 A Little Bit of History

Quoted from the book “Kearney: 100 Years”

When originally incorporated in 1908, the town consisted of 489 acres at the east edge of Perry Township. It now encompasses 529 square kilometres and engulfs all of Proudfoot and Bethune Townships plus the majority of Butt and McCraney Townships.

Kearney sits upon the portion of the Canadian Shield and its bedrock outcroppings, revealing some of the oldest rock formations on earth. The massive glaciers of repeated ice ages ground away taller formations leaving innumerable hills and valleys, the latter flooding to form lakes.

The area, for centuries is believed to have been a communal hunting and fishing ground for the surrounding indigenous First Nation tribes of Huron, Ojibwa, and Algonquin. There have been stories of 18th and 19th century trappers being lead north up the Ottawa River and west on the Mattawa River by the native guides.

Kearney’s true history begins around 1860. In the 1860’s and 70’s Canada and much of the world was going through a major economic depression and many families were struggling with life, hoping and searching for a new place to start.

In 1868, the new province of Ontario felt it could assist these citizens as well as many new immigrants by passing “An Act to Secure Free Grants and Homesteads to actual settlers on the Public Lands”. However, the “free grants” did come with conditions. The settler had to remain on the land for at least five years, during which time at least 15 acres had to be brought under cultivation. The government’s objective was permanent settlement of the area and that is indeed what happened.

One of the first businesses in the area was the “flying post”. A flying post was an outpost where fur traders would come to trade furs for supplies and equipment. These temporary trading posts were very common throughout the Ontario Wilderness and have lent their name to Flying Post Lake near Sudbury and the Flying Post First Nations reserve west of Timmins.

Although commercial trapping had been going on in Ontario, the first known Kearney Flying Post was built in 1878 by William Kearney and Arthur J. O’Neil. The post was relocated in 1879, to the southeast corner of what is today the intersection of Highway 518 East and Main Street.

Copyright © 2020 Town of Kearney. All Rights Reserved. Theme by AcademiaThemes